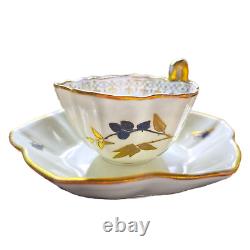 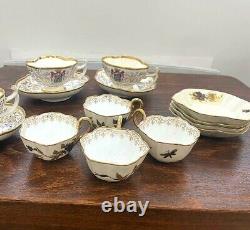 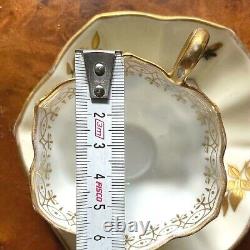 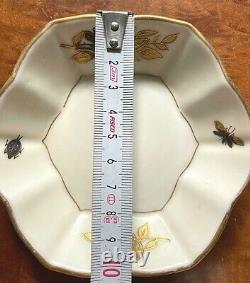 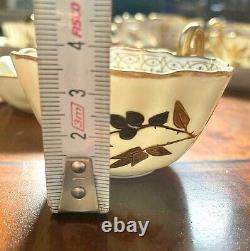 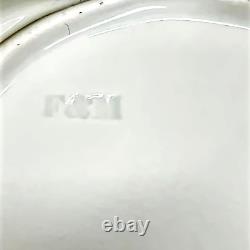 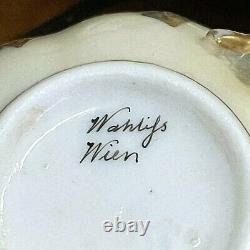 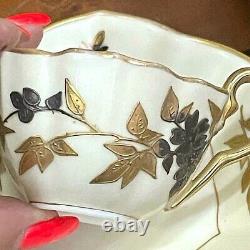 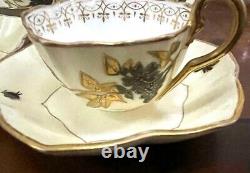 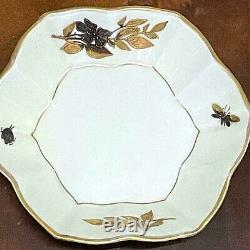 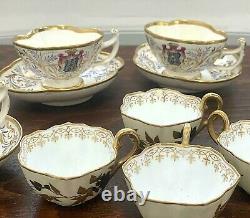 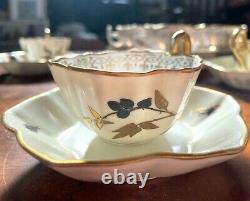 One item contains: one cup and one saucer. Pirkenhammer is a porcelain manufactory started in 1803 by Friedrich Holke and Johann Gotlob List. The mark of the crossed hammers is the Pirkenhammer symbol. By Christian Fischer and Ludwig von Mieg the development Pirkenhammers received its greatest glory.

Christian Fischer must be addressed as the creator of the technical and aesthetic tradition of Pirkenhammer. With scientific education equipped, gifted with an open view of economic necessity and ways of cultivated taste and inventive spirit uniting. While his predecessors were trying to achieve by Thuringian models and with Thuringian workers, it made Christian Fischer understand putting the company in a new role, work and scope. Through him, Pirkenhammer received its self-importance and its permanent character in the history of porcelain making, his attachment to the ground on which it stands.

Ludwig von Mieg, in turn, gave the company a powerful business a boost. He knew how to take advantage of the economy and the revenue to increase by a multiple of the former. He recognized that the increase in value of the products is mainly based on the decorative finishing, and therefore addressed especially his attention to the improvement of ornamental harnesses and the raising of the painting.

Under his leadership, the factory came to an economic boom like never before, gaining recognition and reputation in the world market. The occurrence of these two men and the fortunate succession of their work owes Pirkenhammer its heyday in the 19th century. The initial factory was located in a Bohemian village Pirkenhammer (Czech Brezova) near Karlovy Vary also known as Karlsbad. Until 1811, it operated as Friedrich Höcke manufactory.

In 1811 new owners Johann Martin Fischer and Christopher Reichenbach renamed it as Fischer & Reichenbach. In 1852, the company was renamed to Fischer & Mieg. In 1945, when the communist government nationalized all the Czechoslovakian porcelain factories, Pirkenhammer as Starorolský Porcelán and Karlovarský. Porcelána became a center for research and development.

The seller is "patzia66" and is located in this country: SK. This item can be shipped worldwide.